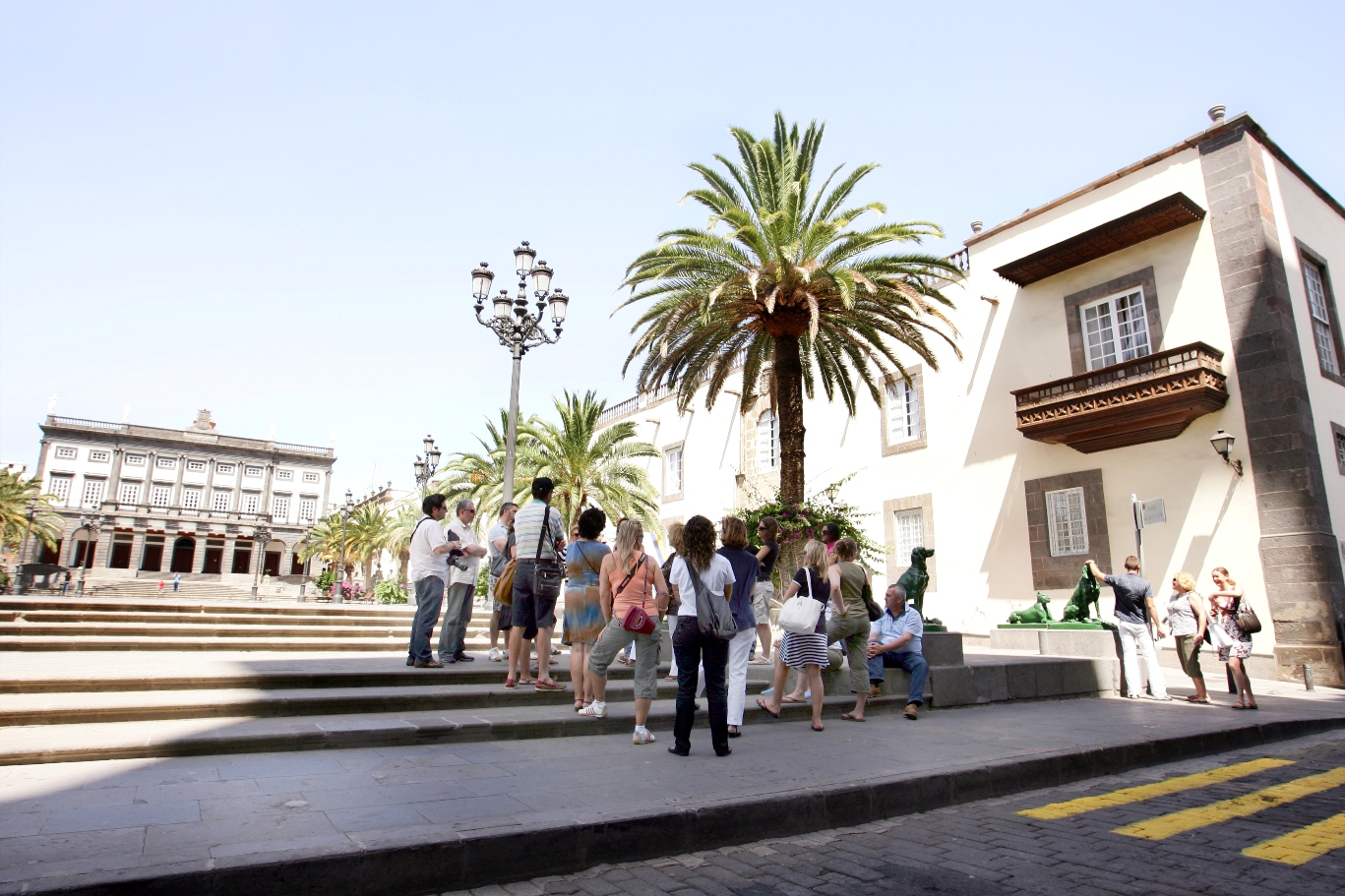 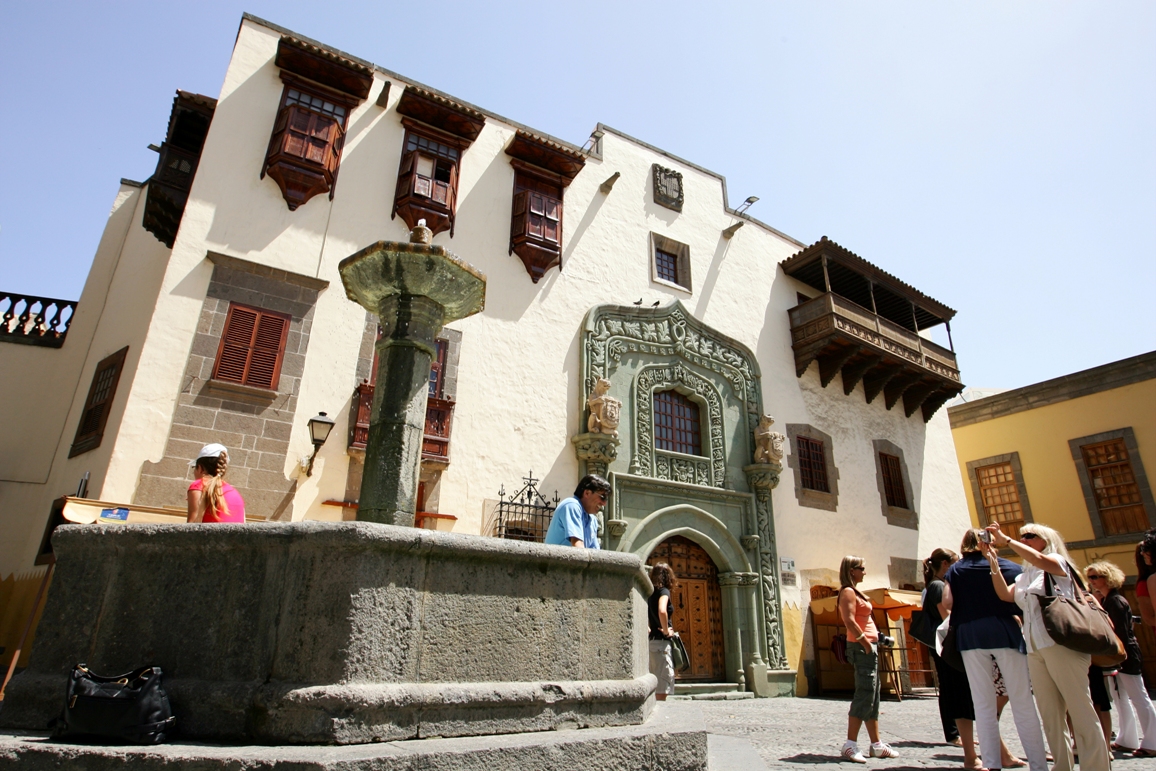 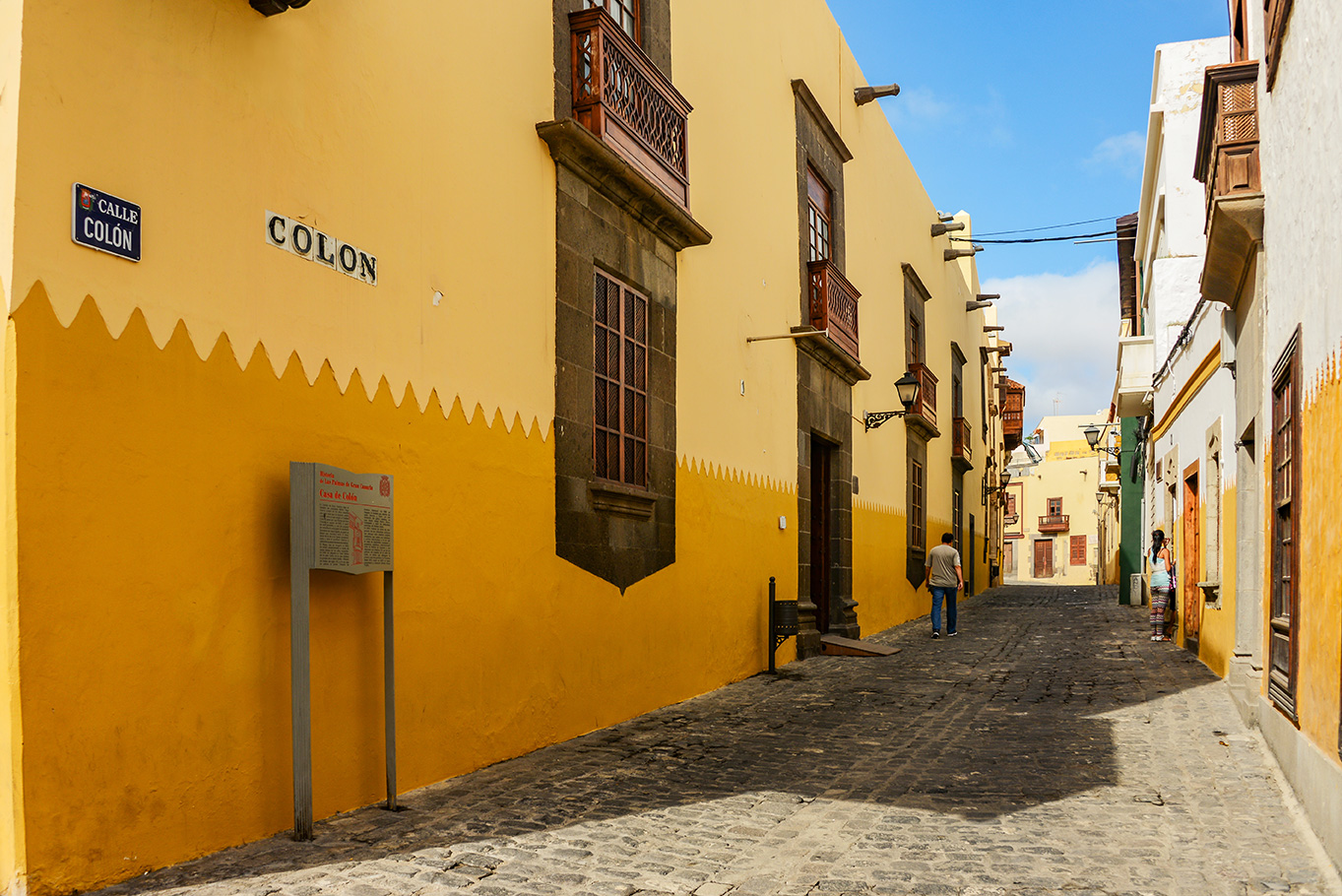 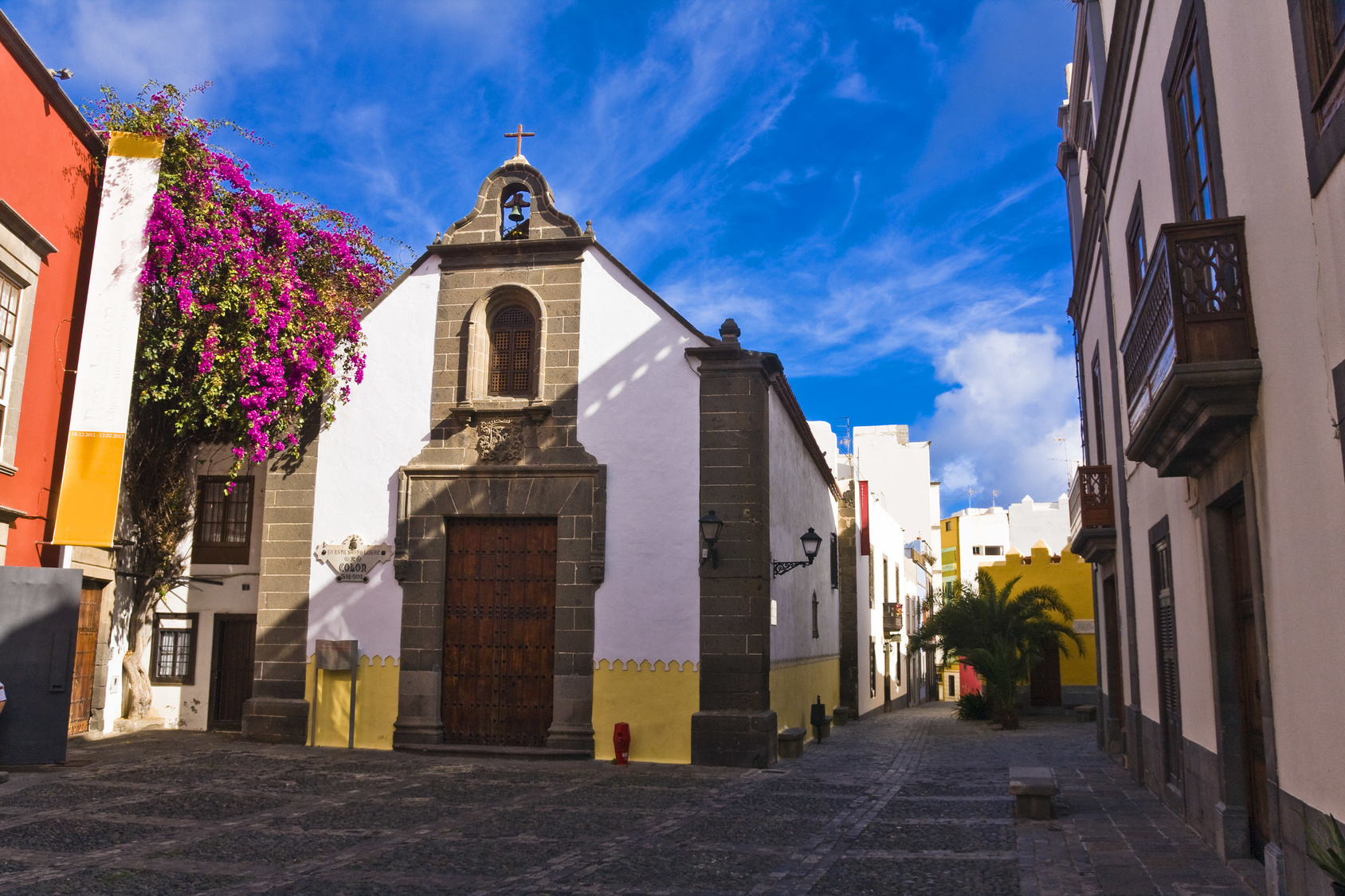 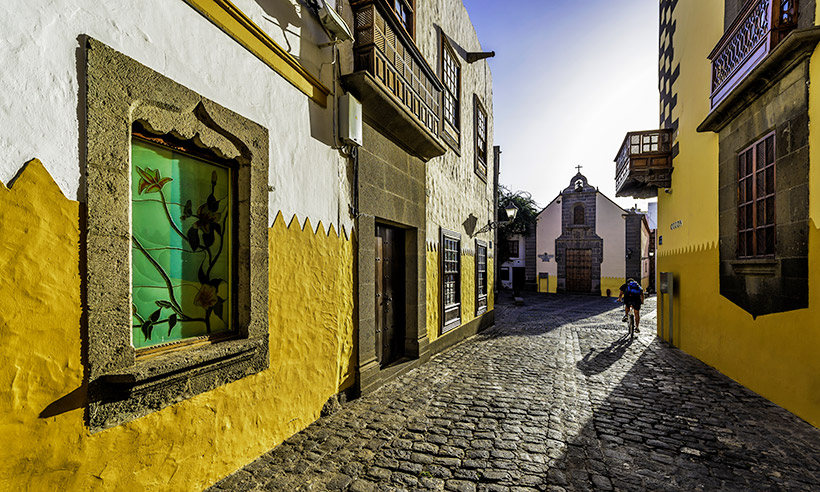 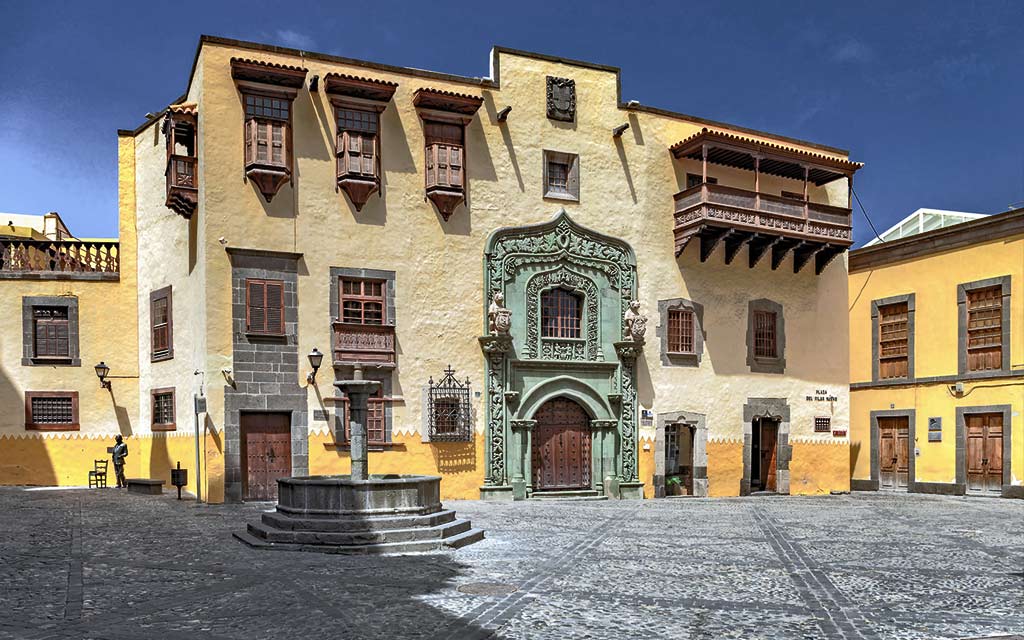 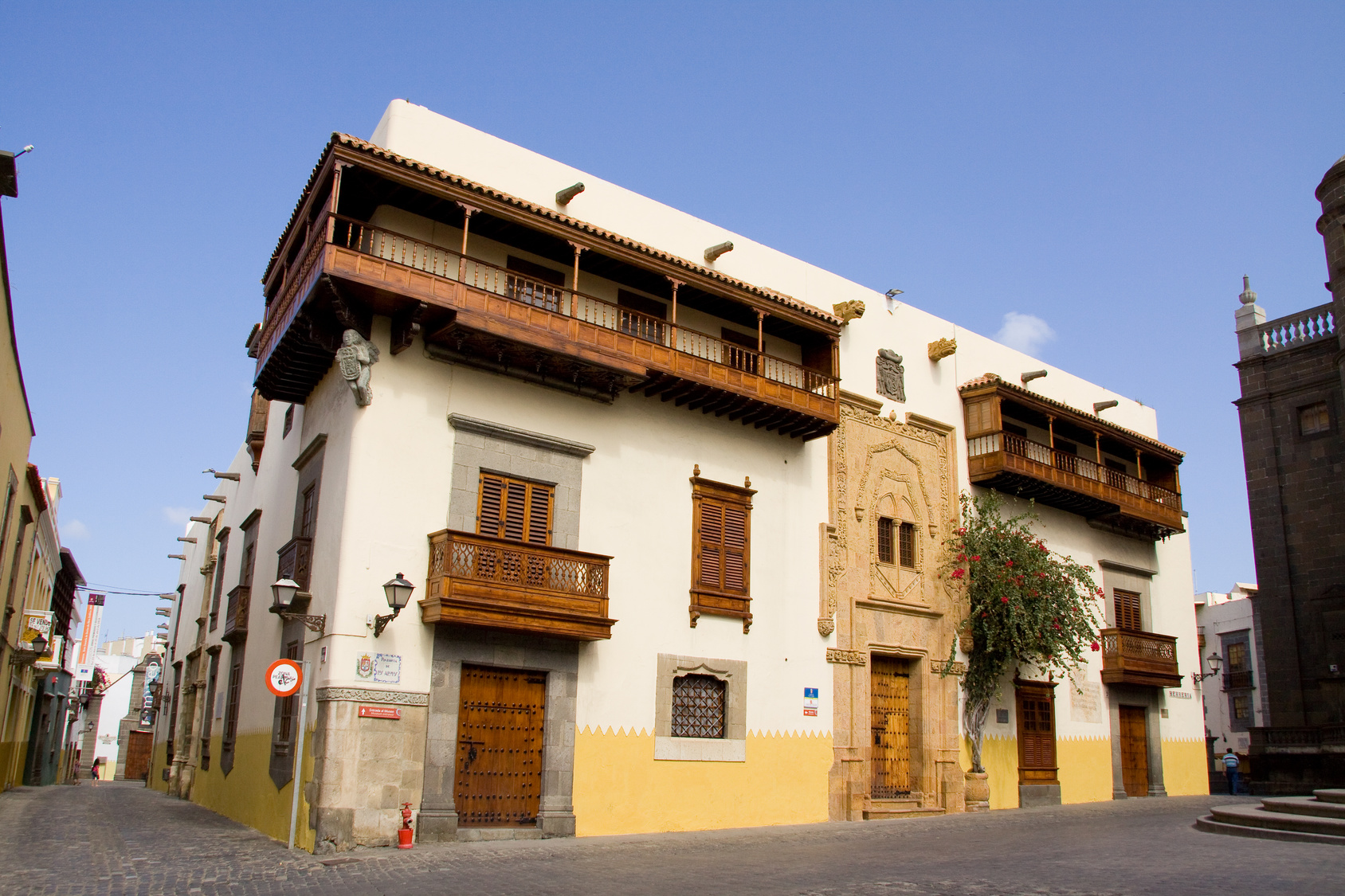 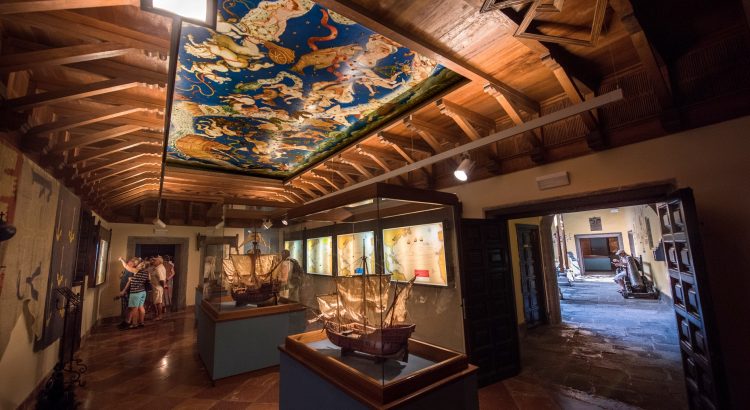 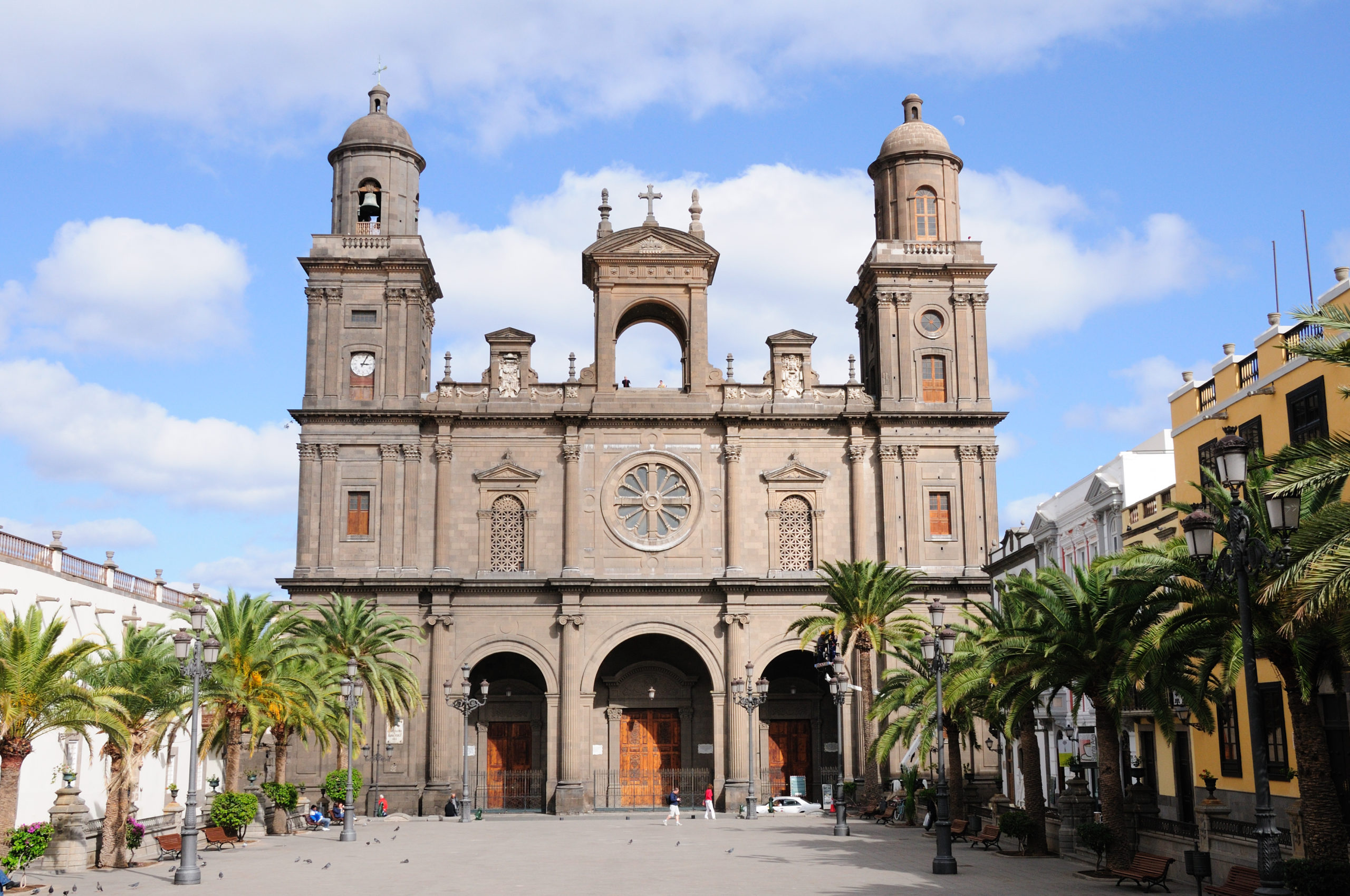 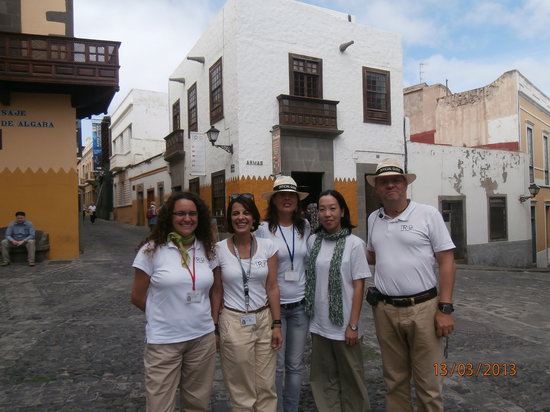 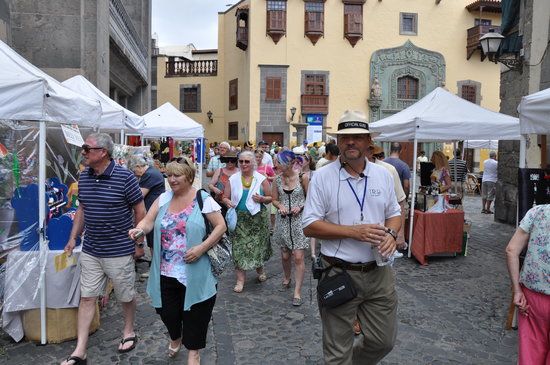 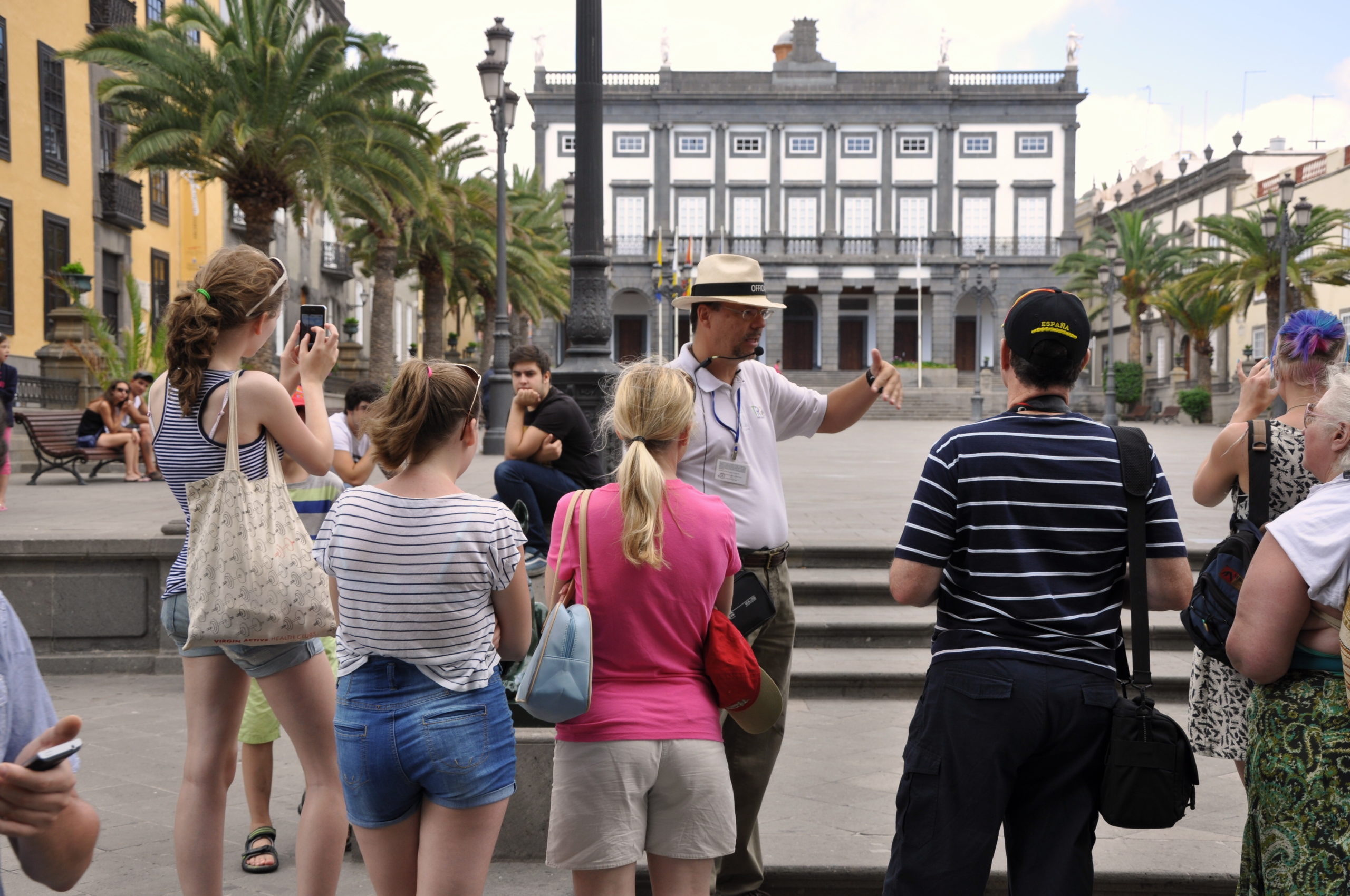 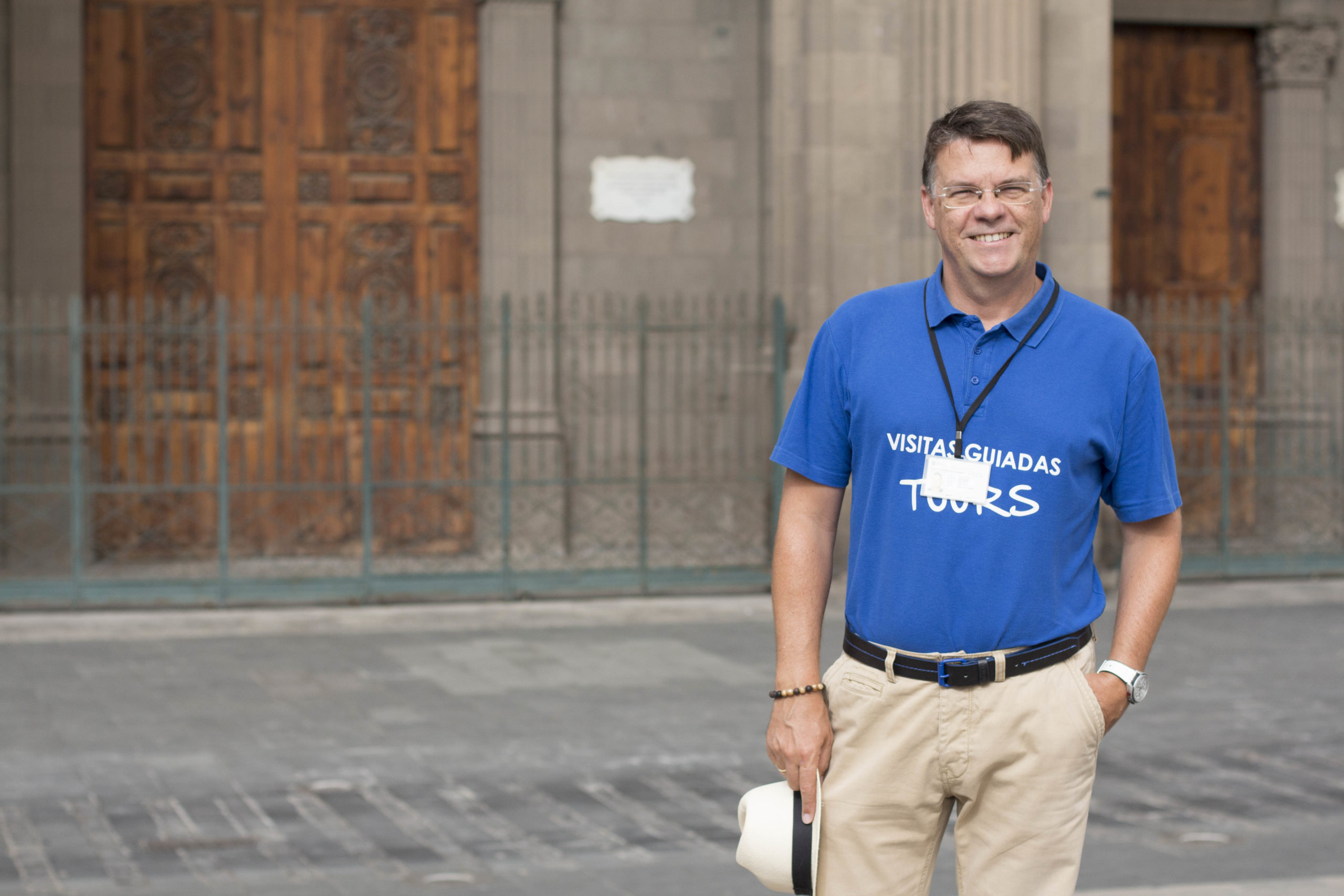 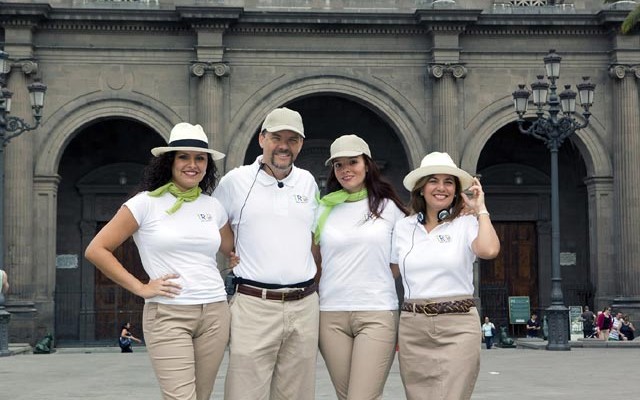 The old town of Vegueta was declared an Historic-Artistic Site in 1973, a jewel you discover with our guides in this pleasant and enjoyable one-hour walking tour

Vegueta was the founding core of the city. The place where in 1478 the conqueror Juan Rejón and his troops set up the first military camp which he called the Real de las Palmas, a name took from the palm trees existing in the place, giving afterwards his name to the city. It was also the first Spanish location in the Atlantic area and the place from where the Crown of Castile started the Conquest of the Canary Islands.
Vegueta owes its name from the word “vega” which means fertile valley, a wetland area existing around the military camp and since that time, would be the political, religious and administrative center of the island.
The guided walk will take us along: Calle de los Balcones, Plaza de San Martín, Plaza de Pilar Nuevo, the Portuguese old street with the Hospital San Martín of the 15th century.
Across winding alleys to admire the first noble houses built after the conquest, we will arrive to the Plaza de Santa Ana, a monumental group of emblematic and representative historical buildings, finishing our visit at the Casa de los Gobernadores called as well, Museo Casa Colón
You can choose an extended option which includes the entrance to the Christopher Columbus Museum or the Cathedral of Santa Ana, our guides will give you a previous briefing of the peculiarities and highlights about the chosen building in order later on, you can understand and enjoy on your own with the option taken. Either of the two options is worth it

Know before you book…

This activity doesn’t have pick-up service included, you must go on your own to our meeting point in Las Palmas:
Plaza de Hurtado Mendoza (known as Plaza de las Ranas)
Be next to the green kiosks and the fountain
URL location:    https://bit.ly/2DVhD1f
Our guide will be waiting for you from 11:55 a.m.