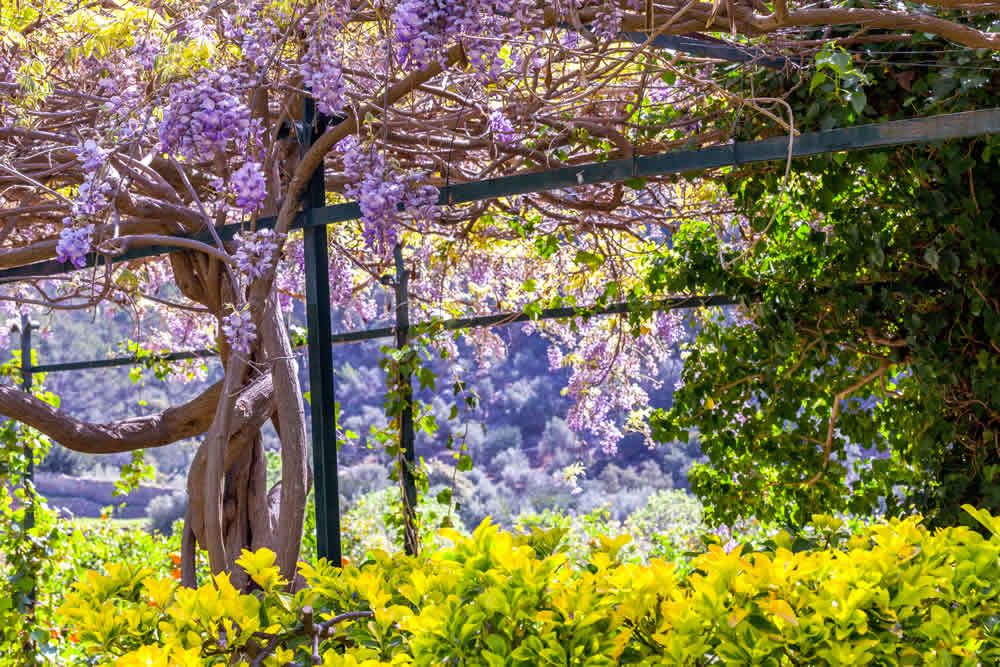 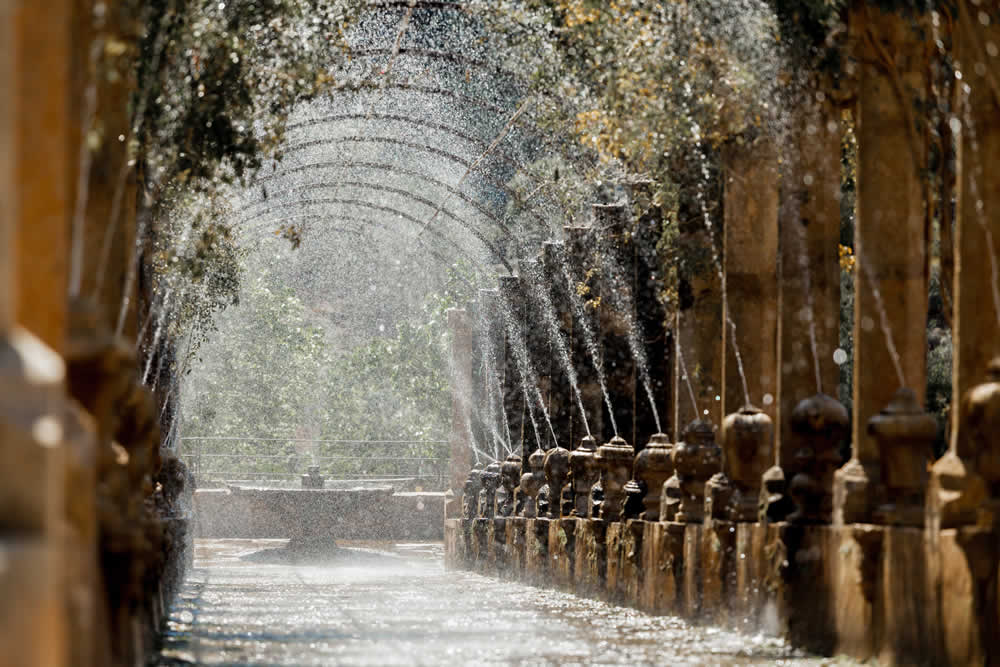 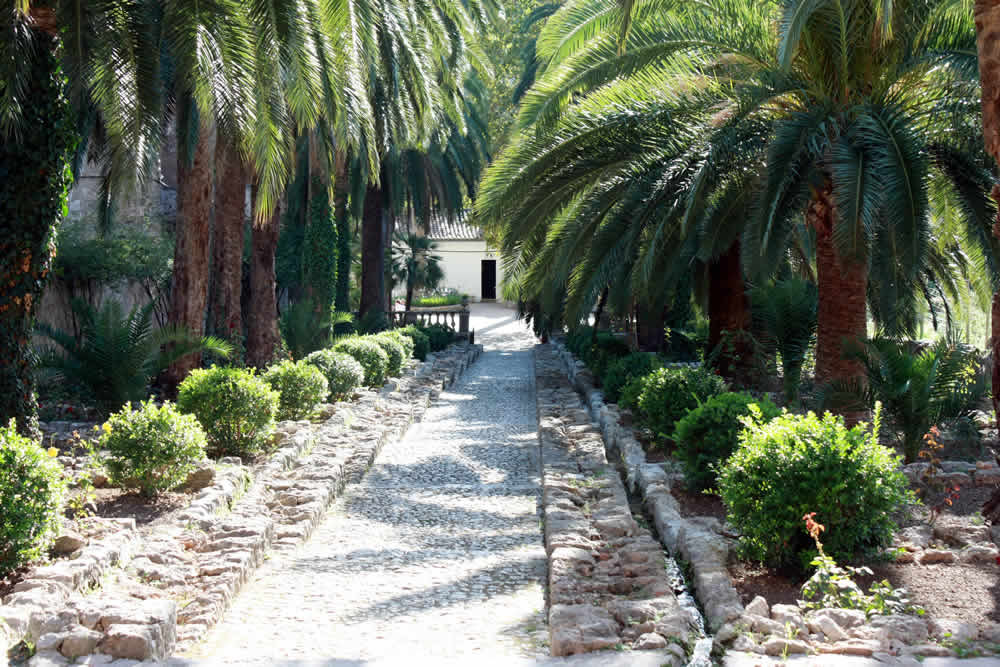 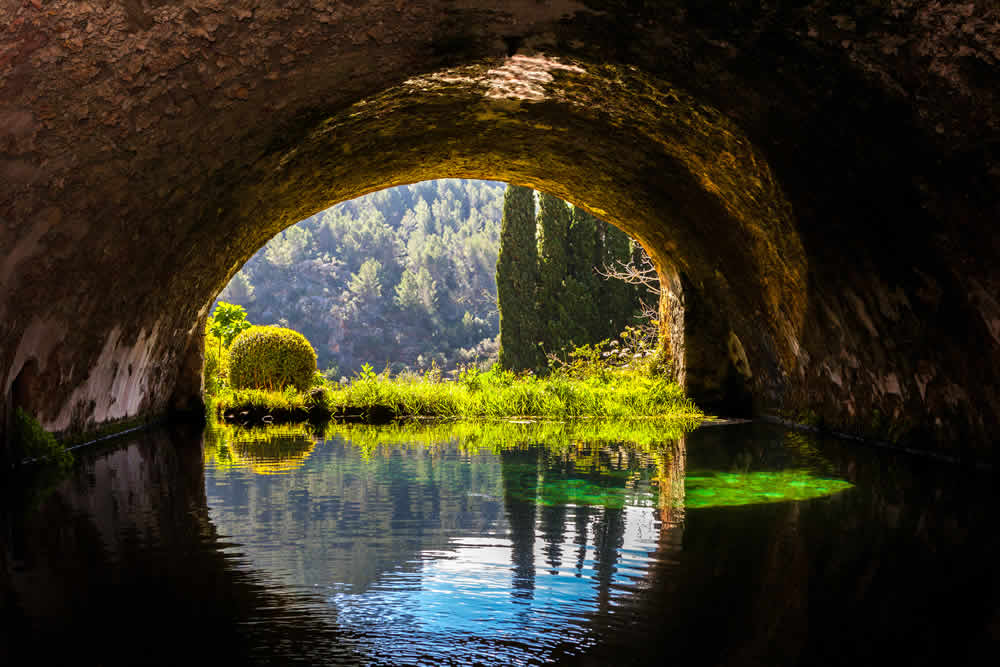 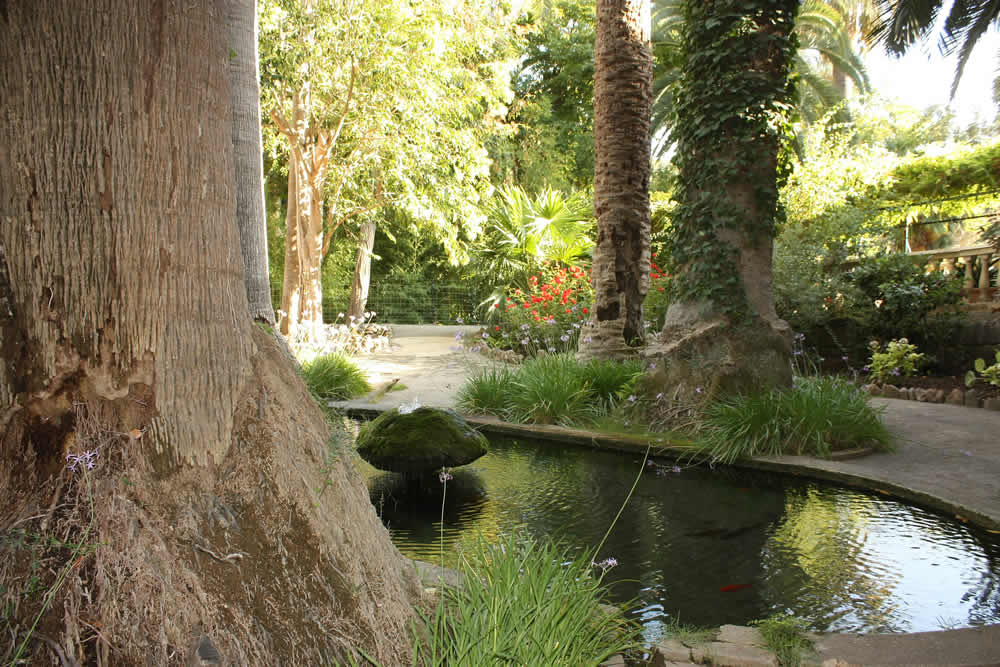 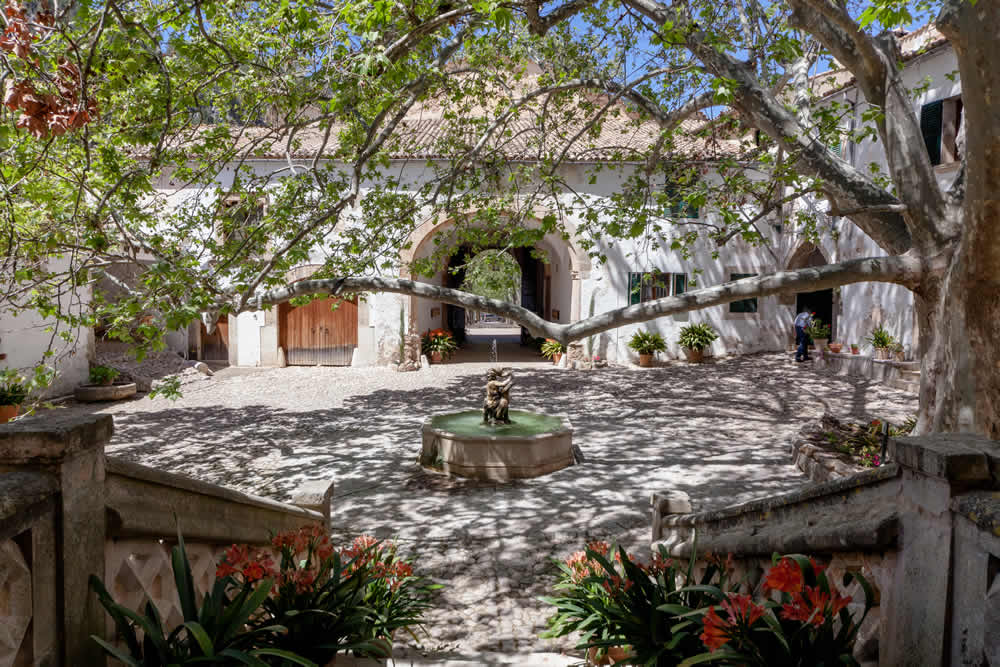 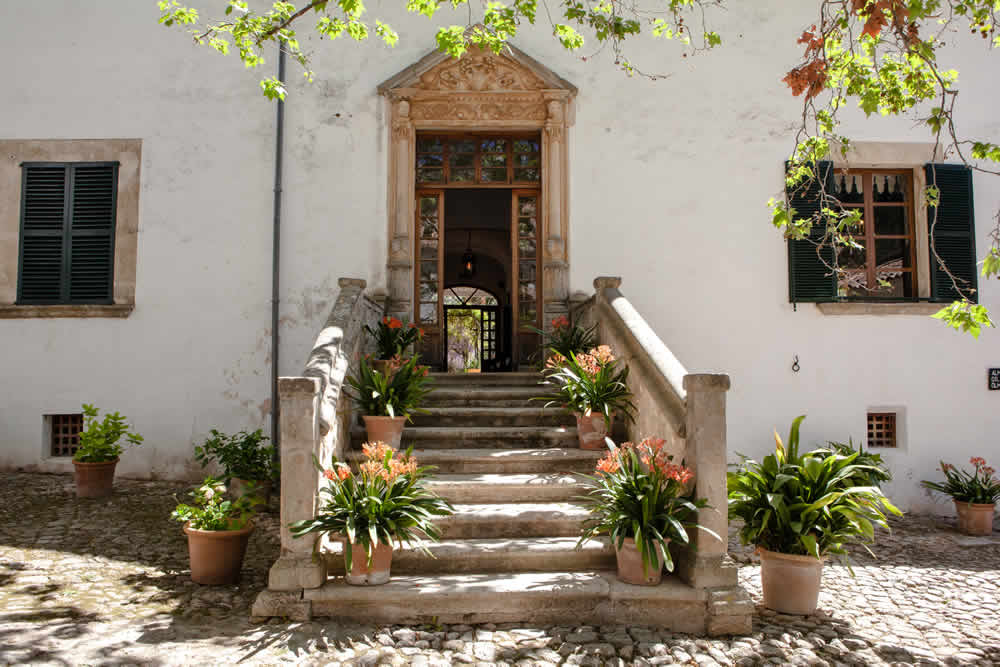 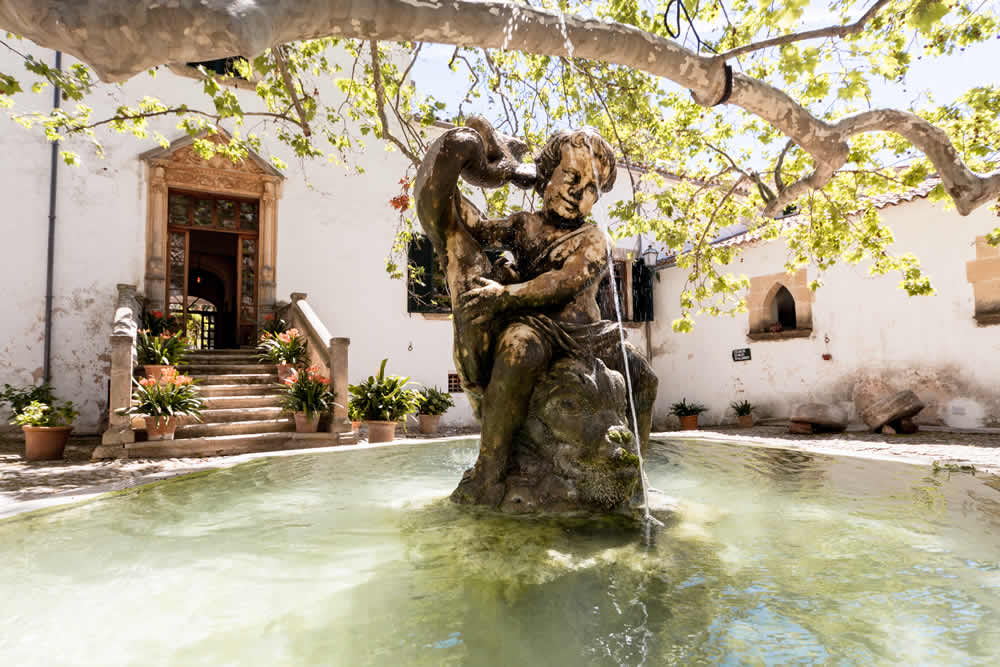 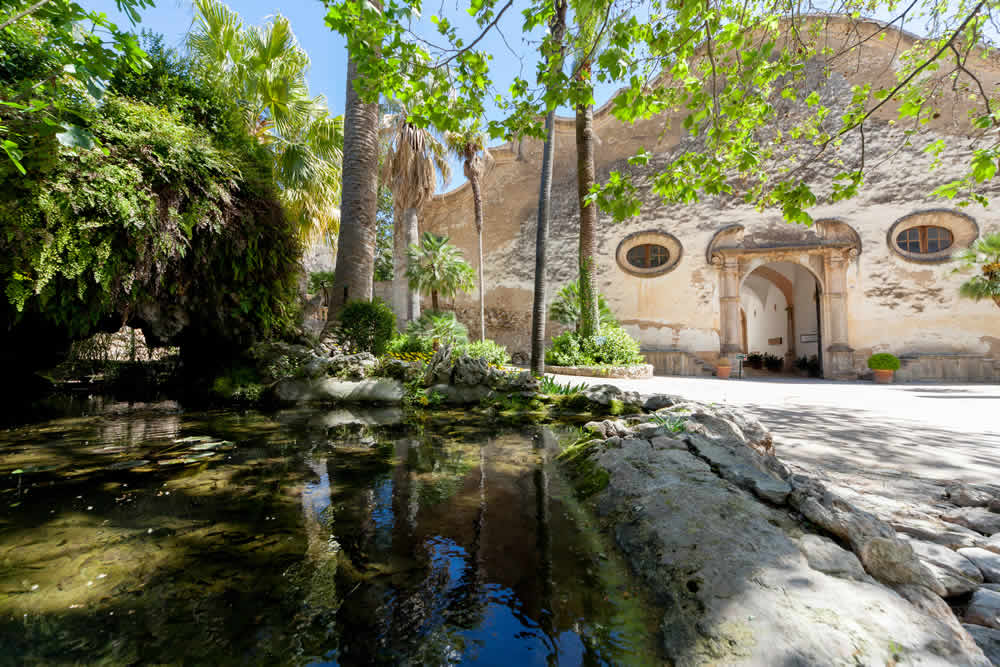 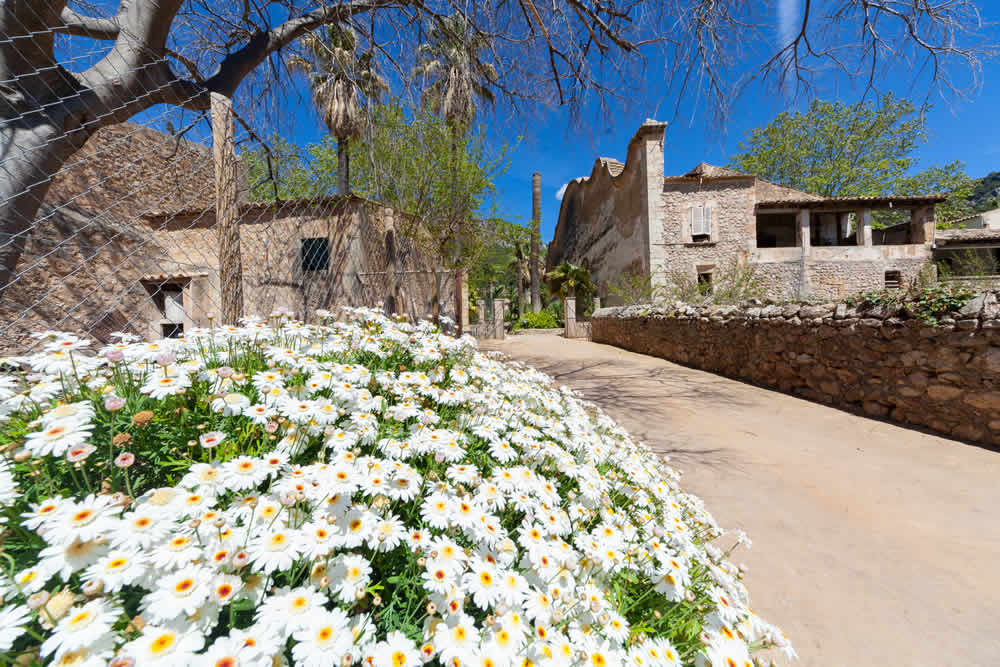 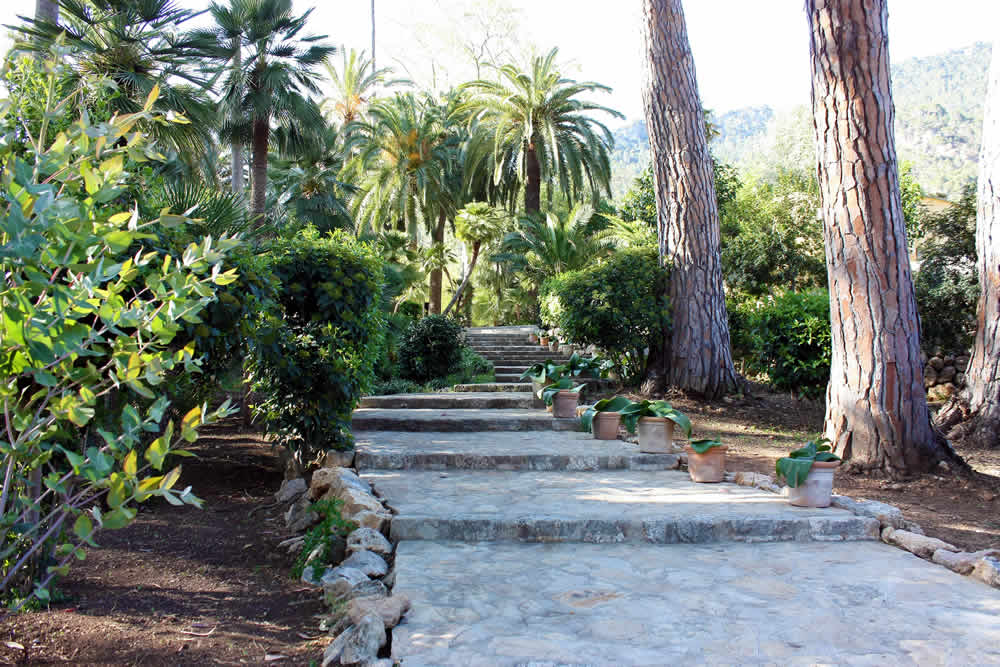 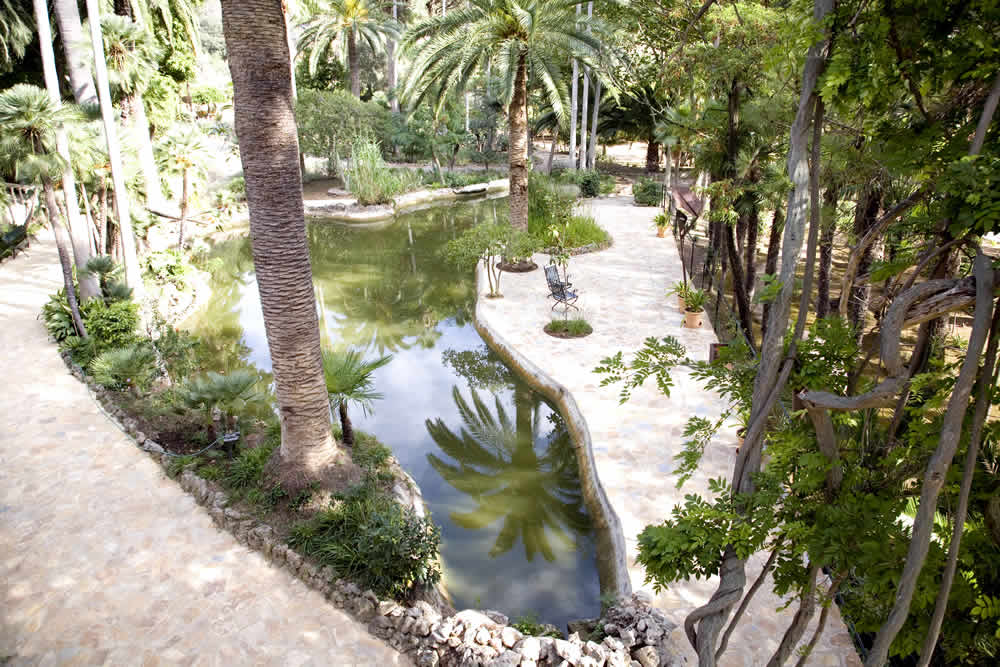 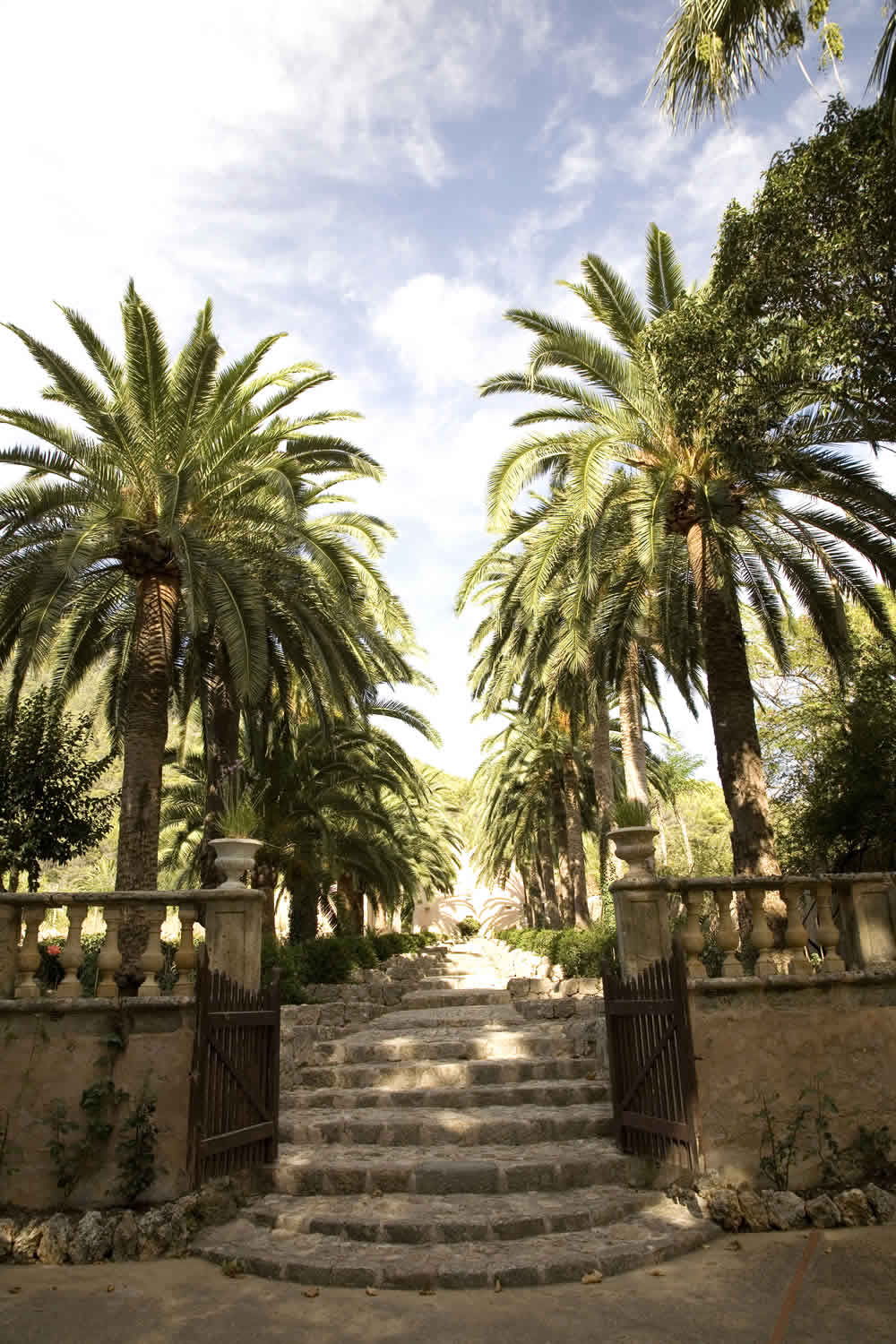 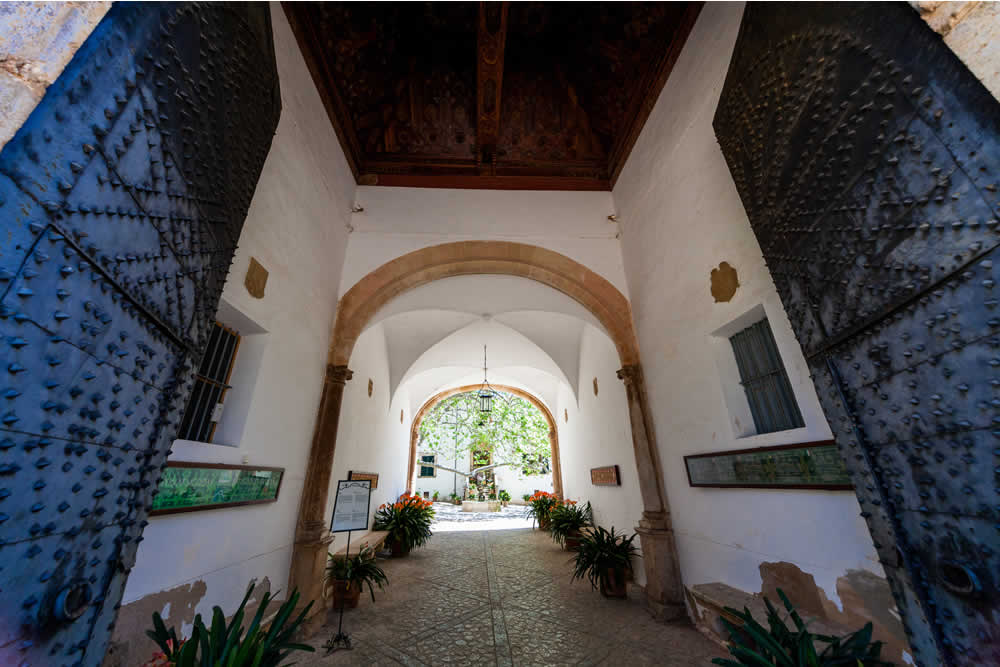 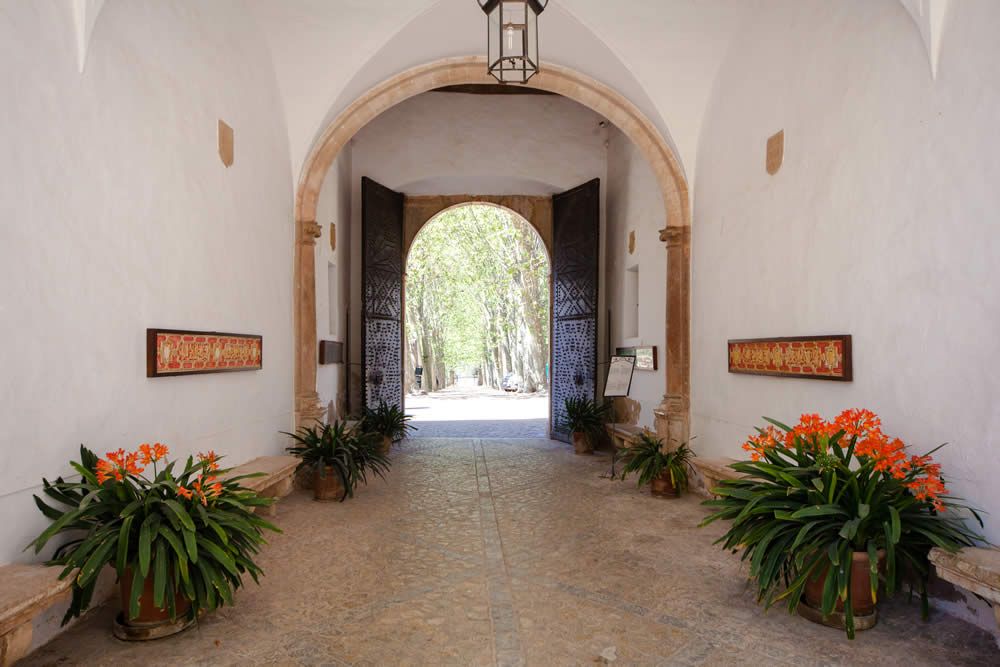 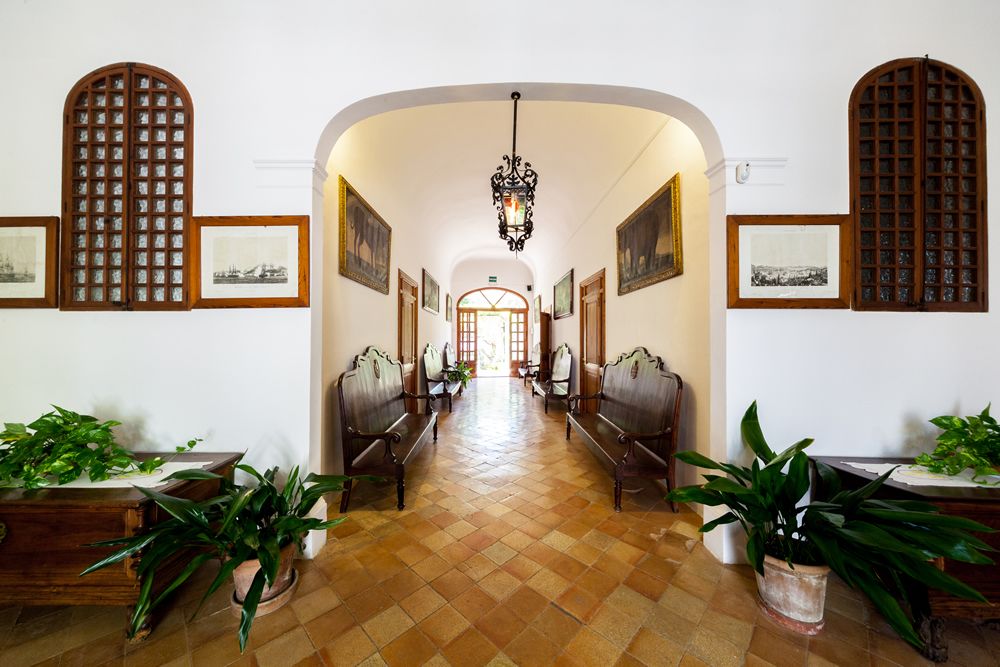 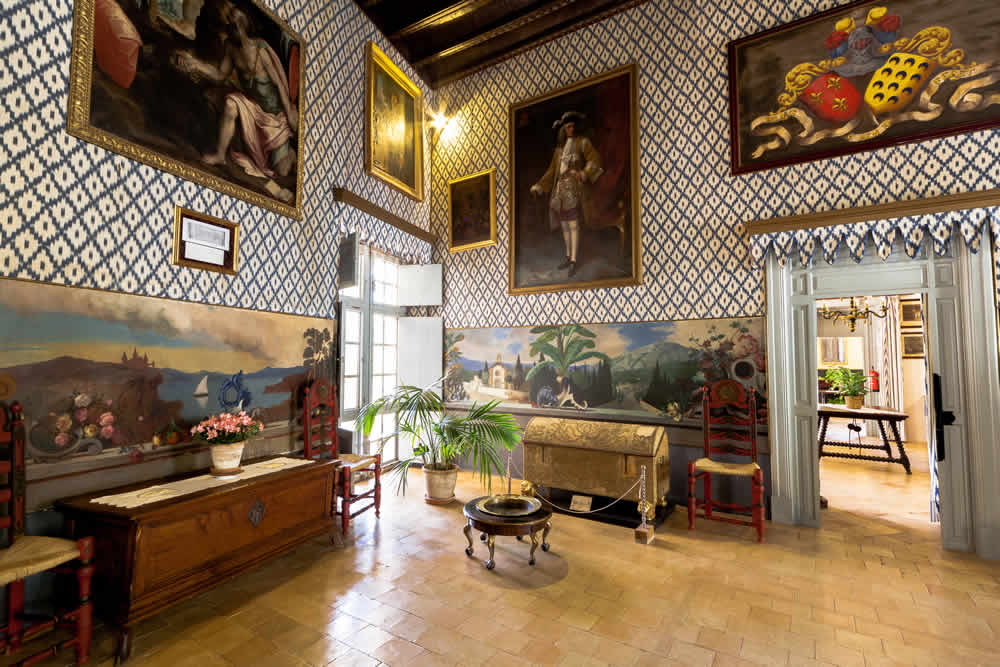 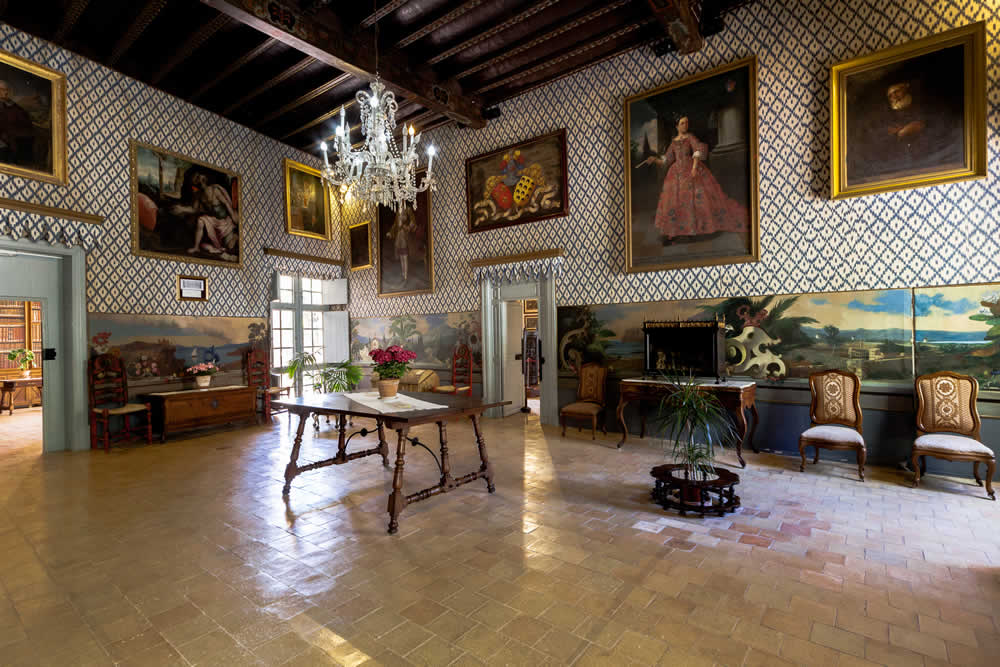 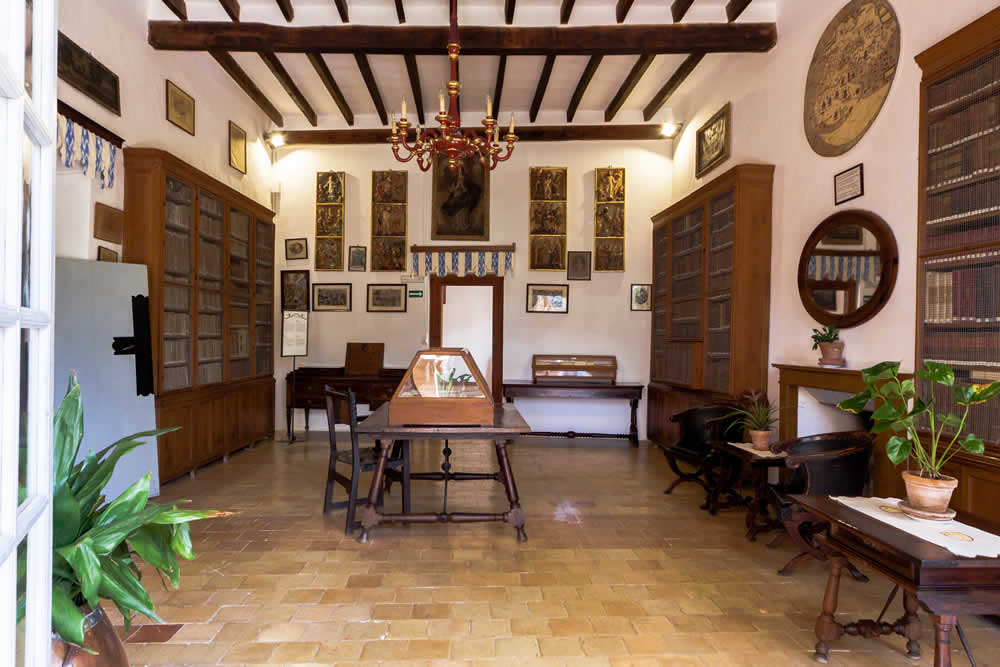 You cannot miss the opportunity to visit one of the most ancient “possesions” in Mallorca, typical Mallorca house with charming corners and maintaining its essence. A wonderful garden to walk through that will delight your senses.

Get impressed by this beautiful garden in the middle of Serra de Tramuntana.

With a clear influence of English landscaping. The access consists of a wide avenue, or Roman “paseo de salon”, with three lanes of large plane trees, that reaches the “Clastra” (the typical “patio” of Majorcan country houses of a certain importance, called “possesions”).

At the end of an avenue of palm trees is the facade that gives access to the most emblematic feature of the garden: the pergola with its water fountains, reconstructed at the beginning of the eighteenth century. Half of its length is adorned with twenty-four stone hydras.

The numerous water jets cross one another, turning the shimmer and murmur of the water into a real gift for the senses

Moving along, we reach a part of the garden remodelled in the mid-nineteenth century, with a clear influence of English landscaping, leafy and shady. This part holds the Jardinet de la Reina (The Queen’s little garden) so-called because it was conceived because of Queen Elizabeth II’s stay in Alfabia.

The lower garden has a tropical flavour and a small pond with water lilies. Here we can find a wide array of palm trees from which the “garballons” stand out, a protected species that typical from Mallorca.

As a historic Finca and lovers of the environment and the characteristic fauna and flora of the Balearic Islands, more specifically the Sierra de Traumanta, we breed the typical black pig for the traditional “matanza” that is carried out during the winter months to obtain the famous “sobrasadas”. You can also find Mallorcan and Ibizan goats, as well as peacocks, ducks and other poultry.

The Balearic Islands are one of the zones with the highest number of native breeds, due to its island position and minimal contact with species from outside the island.

The structure of the house has Roman-Andalusian roots. We find features and elements of different styles: Arabic, Gothic, Renaissance, Baroque, Roman, Rococo and even English in the decoration of the rooms.

The main facade, created by Joan d’Aragó, an important Baroque architect of the mid-eighteenth century, is flanked by two “colcadors” or stone mounting-blocks. Its large portal (portal forà), whose doors are sheathed in bronze, has on each side two elliptical windows called “Ojo de buey” (ox-eye) and is set off by two columns and a lovely baroque frame of reddish local stone.

Time has left traces of each era in the house, while the whole complex maintains its balance. In this sense, the development of the house of Alfabia is a model of respect for the past and evolution, of conservation and innovation.

Inside, we can highlight the ground floor, where the rooms are more extensively furnished, which include the “Sala Gran” with painted scenes of the port of Palma and other towns; the “Sala de l’Alcova”, whose walls are covered with yellow damask, above painting of rural scenes; the “Sala de la Cadira” with numerous illustrations, musical instruments, neoclassical busts; and the dining room, the result of the reforms of the nineteenth century with painted scenes on wood and painted cloth walls hangings.

Last access to Alfabia should be at least 30 minutes before closing time.

You can reach the place by public transportation from Palma Line 211.

You can also use the Soller Train, a 1912 classic train.